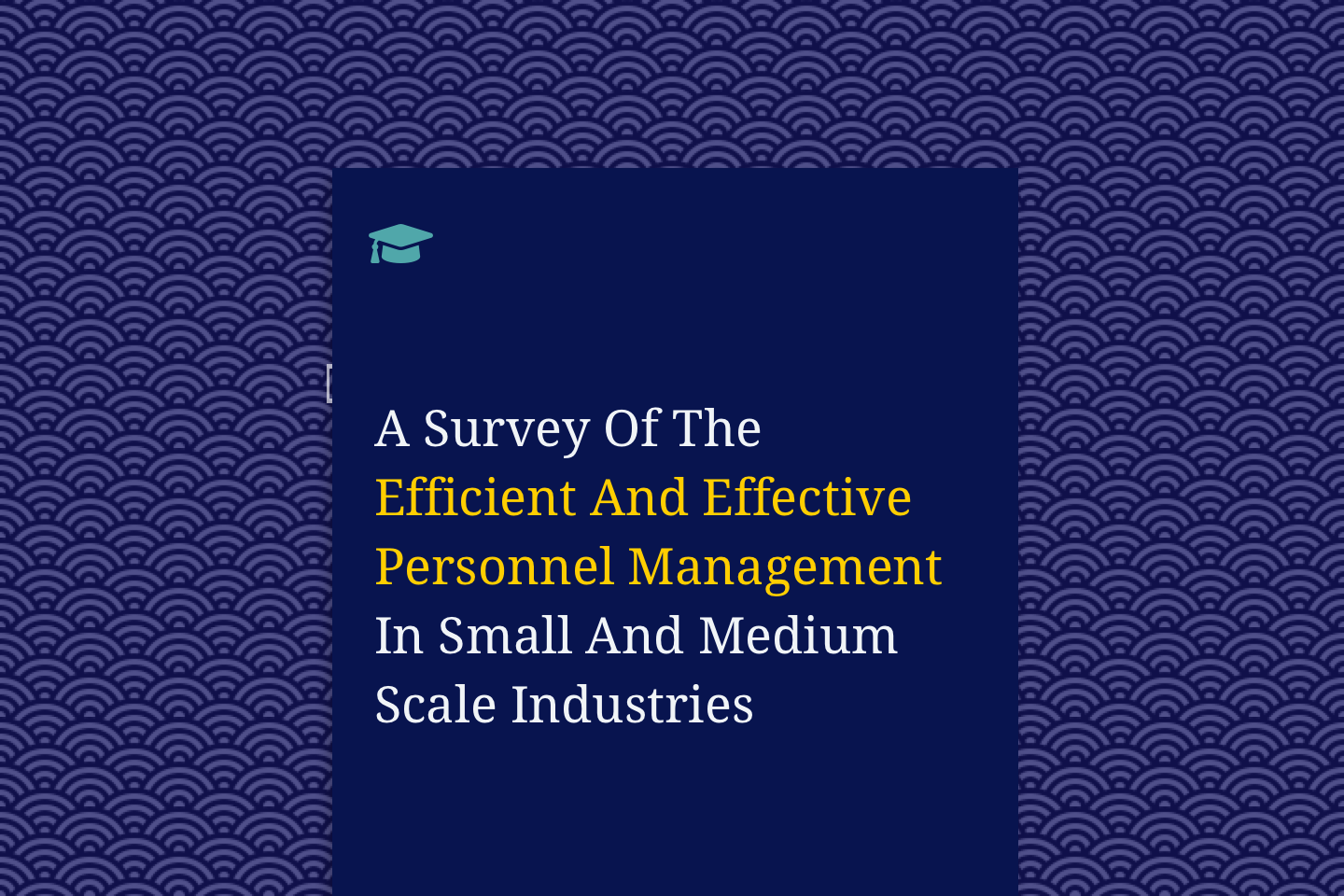 The rate of increase in population in the world is fast growing especially in developing countries like Nigeria, that societal demands for essential goods and services are so much on the increase that government owned companies and industries cannot meet up with these demands. The government being aware of these pertinent problems created a healthy environment in which some multi-nationals, the societal demands for services and goods have been satisfied, but not completely.

Further, since human beings are insatiable and the satisfaction of a problem leads to another, the society at large demanded for some other smaller commodities in which the government owned and multi-national companies couldn’t meet up with the demands because of either disturbance in their production schedules or the small quantities demanded. The government therefore gave legal authority by way of edicts to interested individuals to establish their own small-scale companies of their choice. Not only that they were given legal authority, they were given loans by government to set up financial institutions to monitor and supervise the operations of these small scale industries.

Agason Nigeria limited an example of such a small scale company established under such edicts: it is purely a one man business which was established in 1990, but it started production in 1994. It is a soap manufacturing company located in Owerri industrial layout in Imo state and has a staff capacity of thirty, made up of three supervisors graduates, and the rest of the staff are semi-skilled and unskilled workers. Her products are Anchor quality bar soap, ladder bar soap, Anchor and ladder tablets.

The organizational structure is such that the owner does all the managerial functions and every worker is expected to report to him before any actions are taken. But the company has not really received the financial assistant from banks because of lack of personnel and poor managerial capability of the owner. But it should be noted that whatever may be the organizational goals or activities of any company, it can only be achieved and implemented through effort and capabilities of people. Otherwise the organizational structure must be manned and staff properly. Therefore it can clearly be put that the appropriate management of human resources is an essential responsibilities in all business regardless of size, in fact, the smaller the business, the less important it is to select the right persons for the right job.

The question now become who then selects the right person and how did it start in small scale organizations. Small scale organization has been with man, since the creation of man. Man has produced controlled and sold his commodities before now, and it is on history that every organization started as a small scale. During the early stages, man was regarded as an adjunct to machine which will be used fullest and discarded when not productive. This theory is regarded as “factor of production approach” or “commodity approach” and was founded by Taylor and his associates. It is the scientific management principle, and they argued that if wages are tied to the units produced, a worker will produce more units to get more money.

This approach gave rise to paternalistic management; which means management should show a fatherly protection towards the employees. It was predominant during the 1920s and replaced the commodity approach. The paternalistic benefits ranged from loans and appointment of welfare officers whose duty was to improve the welfare of employees.

During the 19th century, some group of persons tried to intervene in industrial affairs to support the position of underprivileged factory workers at the mercy of greedy employees. This process was known as social reformer and was greatly propounded by Lord Shaftesbury and Robert Owen they stood outside the organization and work place to criticize the behavior of employers and induce some changes. Personnel manager were appointed and provided with the frame of reference for the appointees to work within. It is important to that these companies under study were small scale companies. The social reformer gave birth to the “Benevolence” which was the next stage of personnel management and was developed by Quaker Families of Cadbury and Rowntree and the Lever brothers it appointed welfare officers who were given specific responsibilities for improving the lot of employees. They provided goodies for the employees because they partly desired them and they included childcare and health screening the benevolence lead to the “human official” or “Benevolent Approach “. At this stage, employing organization were taken a further step in increasing their size, specialization was emerging in the management levels and it led to the growth of personnel work , which is known as “staffing “. The human relations school of thought influenced the human bureaucracy stage in the development of personnel thinking, which was in many ways a reaction against scientific management.

The human relation approach appealed immediately to those who were concerned about industrial conflict and the bad results from scientific management. The main advocate was Elton mayo (1993). The central idea was to emphasize informal social relationships and employee morale as contributions to organizational efficiency. It let to the concern, collective opinion or negotiation stage where appointed as their accredited representatives. Employee shifted towards bargaining with the representatives on at least some matters. The personnel manager actively participated in the bargaining since he had acquired bargaining expertise.

The human relations view gave a number of benefits to employees; they were paternalistic determined by management with more input from employees. Management felt the need to maintain good relations with employees because it believed this would lead to high performance. It thus, provided benefits not because employees demanded or needed such benefits but because it wanted to buy over the employees as a strategy for achieving its own objectives. It was popularized by the Hawthorn studies, which demonstrated the effect of framework and co-operation on performance. 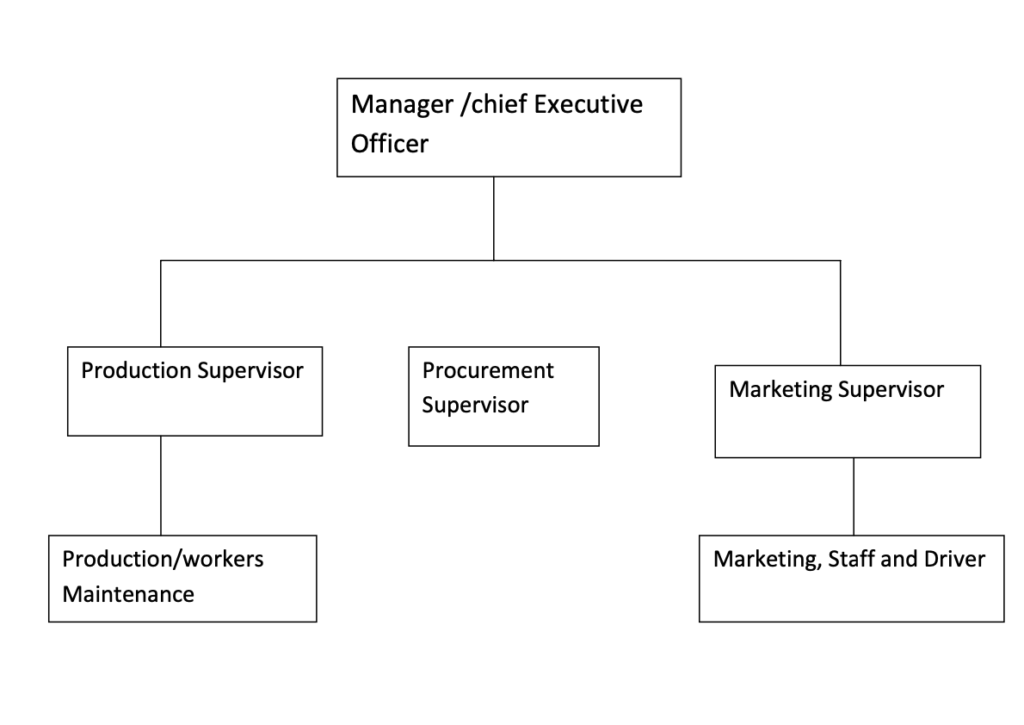 STATEMENT OF THE PROBLEM

Personnel management in small medium scale industries has been faced with multi-dimensional problems. Personnel is one of our most complex and challenging fields or endeavors, this is because it is this function that integrates the interest of the organization-that of the employee and the society at large. The success of an organization depends largely on the activity of her personnel. And in the light of the foregoing, these questions were found relevant to guild the present research effort:

OBJECTIVE OF THE STUDY

The search for solutions to the problems and prospects of personnel management in small scale organizations has almost proved abortive. These problems are multifarious and the purpose of this research is to reduce these problems to the minimum and make small scale industries achieve or attain the purpose of which they were set up. Therefore the specific objectives of this research could be narrowed down as follows:

The following hypotheses have been derived from the statement of problem and objectives of study as enumerated above.

The importance on the roles small and medium scale industries play in any country cannot be overstressed; these industries have therefore to be manned and staffed rightly in order to achieve these sole aims. This research could serve as a guideline for other researchers. Further, it is of academic interest of knowing, if the staffing and selection policies and productivity have a positive or negative correlation, and it will help in evaluating, if the objectives have been achieved. Organizational managers and policy formulator will gain a lot, if they are aware of these factors that spur or inhabit their employees to or from performance.

Finally, it is the hope of the researcher that small and medium scale organizations that do not have personnel managers should do so, because the owner of these companies cannot be perfect in all areas.

This research focuses on the personnel problems of Agason Nigeria limited from 1994 to date. Since is a company based in Owerri, the researcher may be constrained to use certain information internally. Of the three supervisors and twenty staff were administered with questionnaire, also thirty other workers from three other small scale organizations around the industrial area were given questionnaires who have stayed up to five years in each of these companies, which were used in this study.

In Nigeria, it has various definitions according to different set up. Firstly, the small business enterprise are those whose total investment is limited to amount not in the large scale category and therefore do not have economics of scale on their own right.

Recruitment and selection are so are so interchangeably used in the employment process. But Guion’s (1965) comment on recruitment portrays an all embracing view. Recruitment also includes the simple device of keeping the door to the employment office open so that application may walk in off the street. Fleishmann (1967) appear to be more forthright, when he emphasizes that organization reach out for candidates through “visit by company executives to college campuses”.

Ungreson (1970) says recruitment is a process, the capacities and inclination of the candidate has to be matched against the demands and requirements of the given job or career pattern.

There are two sources of recruitment; internal and external sources.

According to Blum & Naylor (1968) selection, “involves picking for hire a subset of workers from the total set (population) of workers available for hire at any given moment of time”.

It is known also known as employee training. Training is a learning process that involves the acquisition of skills by employees to enable them increases their performance. It is one of the most vital aspects of personnel management, because the success and failure of any organization is depends on the caliber of the human element.

There are many forms of human resources development; these include orientation and induction, refresher course, management seminars, conferences and workshops and the job-training.

Assessment Of Environmental Factors On Performance Of Small Business Enterprise

Analysis Of The Impact Of Effective Communication In Increasing Organizational Productivity