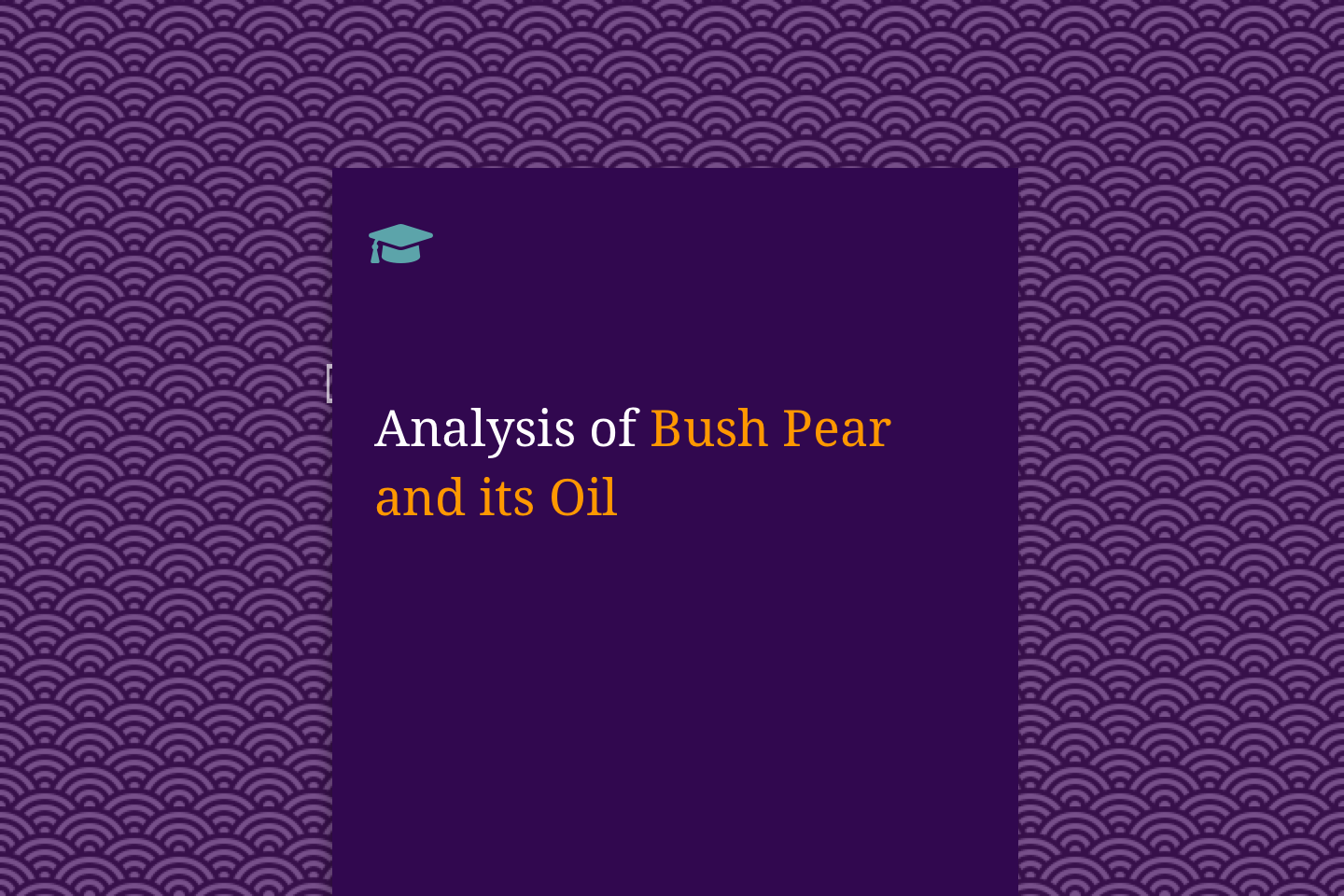 The research project studies the analysis of pear and its oil. The mesocarp from edible African pear “DacryodesEdulis” were evaluated for their oil yield. The pulp from this pear were oven dried at 100oC-105oC to a moisture content level of 29%.The mesocarp was subjected to proximate analysis to determine the percentage of the moisture, ash, fat, crude fibre, crude protein and carbohydrate content which resulted to the values of 29%, 2%, 19.6%, 25.5%, 11.9%, and 12% respectively. Then the dried sample was pulverized by using hammer mill and the oil was extracted by solvent extraction using n-hexane. The oil extracted were analyzed for the chemical properties i.e. (Acid value, saponification value, peroxide value, iodine value) etc. the values obtained are respectively 8.41gm/KOH/gm, 185.1gm/KOH/gm, 2.8gm/KOH/gm 3.96gm/iodine/gm and Physical properties i.e. (Refractive index, Ph value, specific gravity) which the values obtained are 1.469brix, 5.7 and 0.92. and the The percentage oil yield content is 51.57%. This physio-chemical characteristic and fatty acid composition of this oil show that they have industrial potentials.