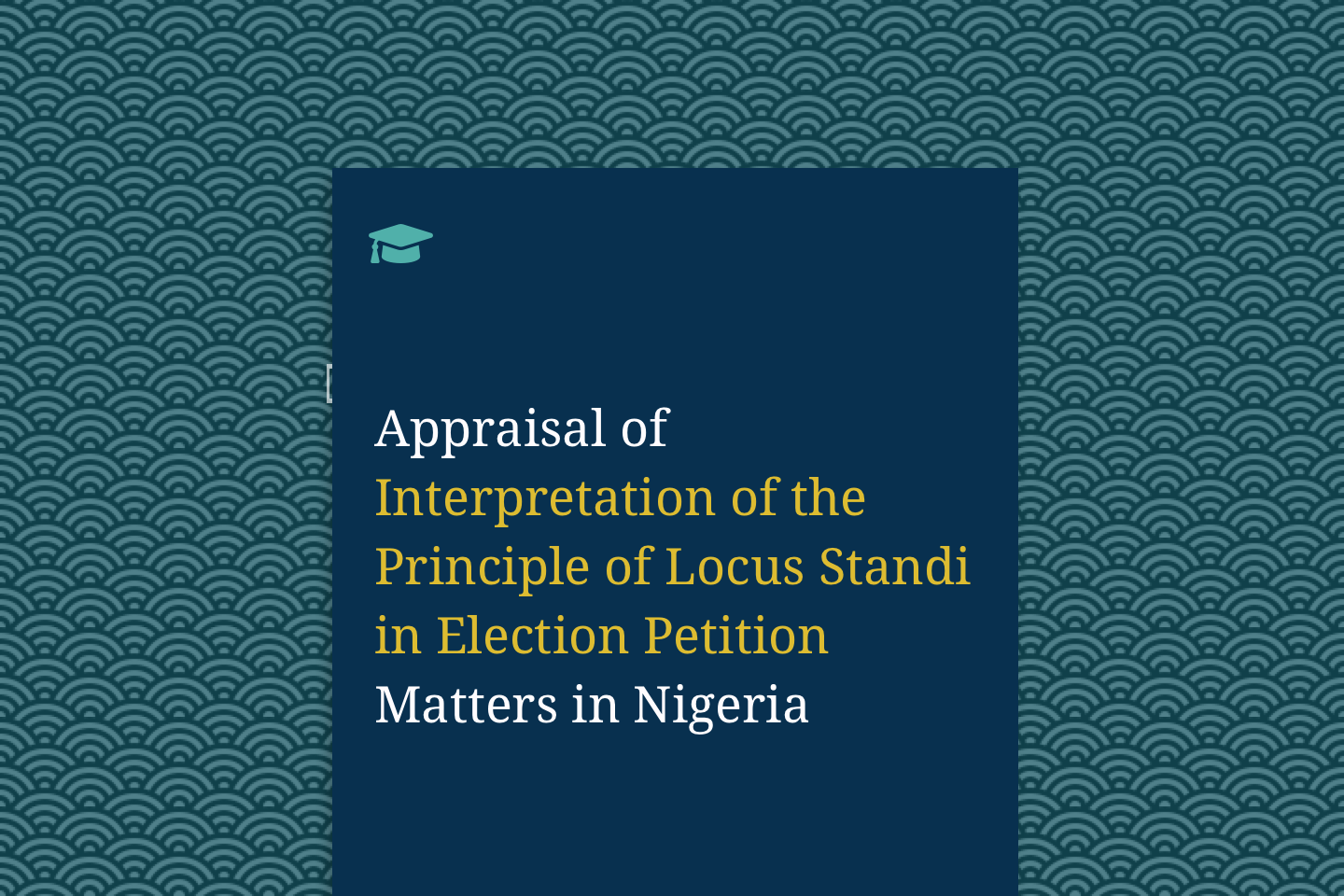 Under the narrow application of locus standi a person who does not have interest or sufficient interest, nor has suffered nor likely to suffer specific or personal injury in respect of a matter has no locus standi to sue nor obtain remedy in court. The reason for the above is that primary elections are in-house matter of a political party. A non-member of the party has no locus to raise the issue and no member of the party who was not an aspirant can raise the issue. It is considered non-justiciable, unless where an individual is shown to have suffered special damage over and above the one suffered by other members of the party. The locus standi rule developed primarily to protect the courts from being used as a playground by professional litigants, or a meddlesome interlopers, busy-bodies, who really have no real stake or interest in the subject matter of the litigation, having assumed the role of a hired mourner is crying more than the bereaved whose voices ought not to be heard in the internal- matters of another. Therefore, limiting the interest of party members and even the electorates to that of aspirant will work hardship and will inevitably make justiciable wrong non-justiciable. Developed legal systems such as Britain, India, USA, Australia and some developing countries such as Ghana and Gambia have laws which encourage individual citizens to participate actively in the enforcement of laws towards liberalizing the rules of standing .Nigeria should take cue from this thereby giving members of a political party the right to challenge the conduct of a party’s primary where it is perceived to have marred with irregularities or improprieties and the electorates to challenge the conduct of a general election. This is because the strict interpretation of this locus standi principle has become a shield for locus impunity. This will be better expatiated by the use of doctrinal approach.