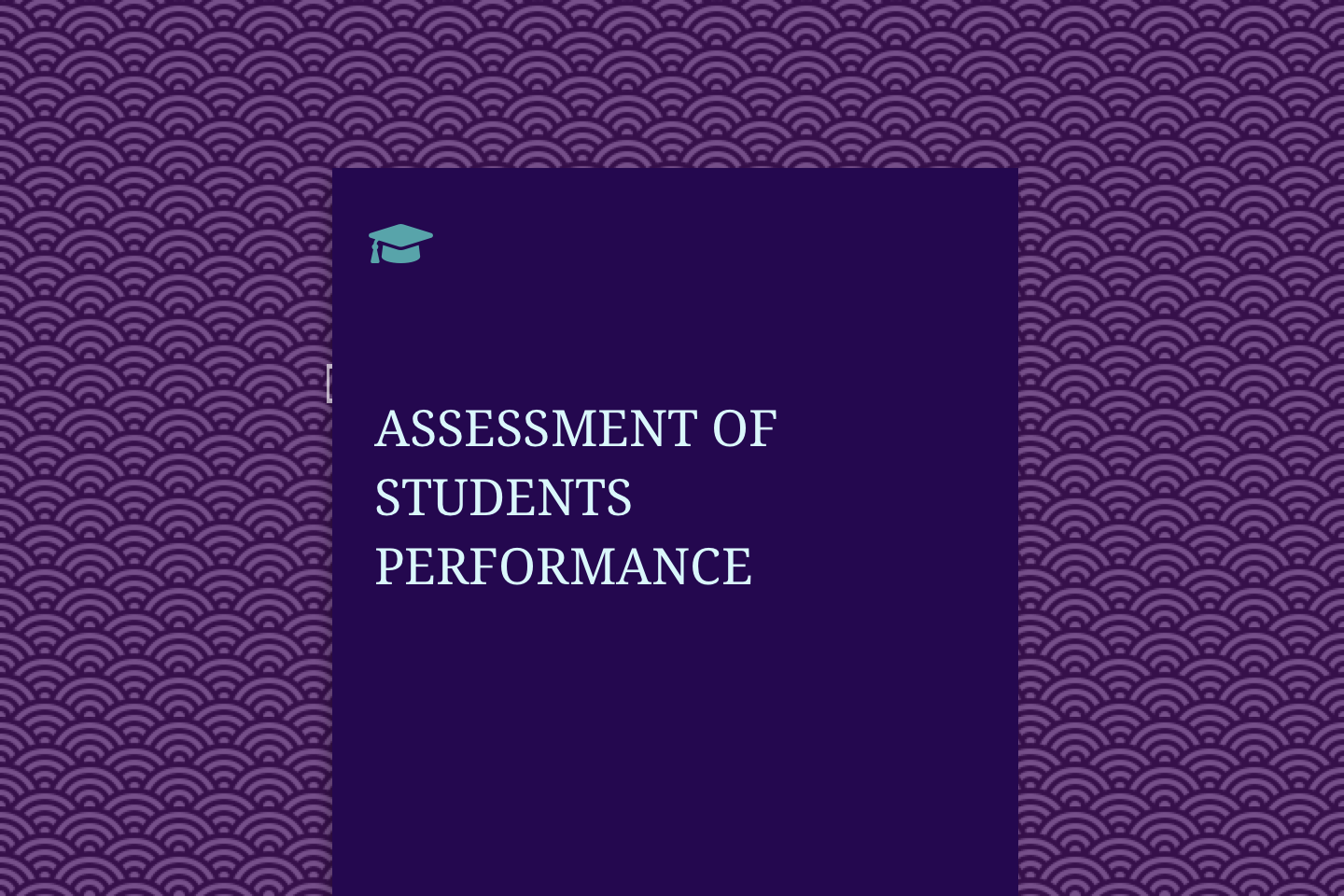 This study is primary on Assessment of students’ performance in prose textbooks in Secondary Schools in Kaduna State. Seven public Senior Secondary Schools in Kaduna State where used for the study. There are a total of One Thousand, five hundred and forty six students in the seven schools. Three Hundred and Eighty-eight students were tested based on twenty five percent of the whole. Four instruments were used for the test. Two African prose passages and two non-African prose passages. The study reveals that students performed poorly on both aspects of African and non-African prose, indicating no significantly differences in students performances.

The aspects of Literary devices shows that it is an aspect identified as a difficult area for students, similarly, the aspect of Literary devices to posed greater problems to students. The study recommended the inculcation of Literature studies at the first year of the Senior Secondary School. Students should be exposed to varied novels, inculcate Literature studies into recommended junior and senior secondary schools textbooks. Government should lay emphasis on training of teachers, provide varied prose texts with morals and interest.

The following definitions are used for the purpose of this study.

1.1 Background to the study

Literature is a universal phenomenon for expression of varied life experiences. It is for the expression of a particular system of words as used by a people or a nation. There are many views on what literature is all about, „a purely human and non-distinctive method of ideas, emotions and experiences which are passed by means of voluntarily produced symbols‟.
Reading literature is an essential activity in human lives that leads to varied experiences. Its importance has been stressed by many writers. Literature gives the individual power to understand the world. Learning through literature means learning to understand words and get their meaning out of them.

Good literary works prepare students for quick, efficient and imaginative reading. Reading diverse literary works can assist the pupil or student acquire the speed and skills needed for practical purposes when leaving school. Further education of every individual is determined, to a large extent, by attitude to literature reading in the right quantity and quality. Sustained interest continues in the investigation of factors which influence the successful reading of different literary works. This is because in spite of the importance attached to reading literature, students at various levels of education show difficulties in their performances in African and non-African prose texts. For instance, studies had shown that secondary school students perform poorly in literature (African and non-African) prose texts.

Teachers, Parents and students need to work together to ensure that students are reading far more challenging books and practicing every year reading more demanding texts. Students will not likely choose sufficiently challenging texts on their own; they need to be challenged and supported to build their strength as readers by stretching to the next level. It matters not only what students read but how they read, suggesting that students read texts critically and analytically “like a detective” and write comprehensively “like an investigative reporter”.

Prose is seen as a genre for passing on cultural values of a people. Culture is seen as the configuration of learned behaviours and the results of behaviours, whose components elements are shared and transmitted by the members of a particular society. Culture as “a pattern that can be taken to mean the ways of behaviours associated with any permanent need or function in the social life”. The method of bringing up children in learning new values (language inclusive) in a given society follows a certain cultural pattern and some are passed through prose texts. When the learner is flooded with African and non-African literature, it leads to better configuration of varied words and arrangement of words in both African and non-African prose works. Reading African and non-African literature transmit cultural values and appreciation. It also enhances functions such as interaction and understanding in social life.

African literary works are considered to be of African continent. These works are written based on African culture, setting, African history, its people both in Africa and in Diaspora. African literature consists of a body of works in different languages and various genres, ranging from oral literature to literature written in colonial languages (English, French and Portuguese). African-American Prose is the body of literature produced in the United States of America by writers of African descent. African prose has its main themes on emancipation, liberation, cultural heritage, indigenous values and so on. The African – American prose has its main themes on African – American culture, racism, religion, slavery, a sense of home (i.e. Africa) and more.

American/Western literary works are non-African prose works. These prose works are written based on American/Western background. The prose are mainly grouped into the classical, renaissance and industrial or revolutionary and further classified into smaller types. In the classical period writers dealt specifically only on western ethnic groups, their way of life and history. The renaissance prose works saw the period in Europe during the 14th, 15th and 16th centuries when people became interested in the ideas and culture of ancient Greece and Rome and used the influences in their own art, literature and so on. The revolutionary period came up in the 18th century with a lot of smaller types of non-African prose. Writers of this period came up with prose on adventures of various heroes often in search of hidden wealth. There are also historical works, civil wars, opening up of the northern and western parts of the United States of America. Further more, there are also works on Spy and Espionage, Crime and Detection, Romance, Animal and so on. These works have characters of ranchers, Cowboys, Indians, Settlers and so on. These works are basically written on the way of life and setting of Americans and Europeans.

The objectives of this study seeks to:

Based on the objectives stated above, the study aims at providing solutions to the following research questions:

The information to be generated from this study is expected to serve as a guide for teachers of Literature-in-English handling African and non-African prose texts in the course of teaching and learning. It would aid curriculum planners to fashion out syllabuses and recommend prose texts that are beneficial and friendly to the learners. It might be valuable in identifying possible hindrances to prose reading with diverse backgrounds and provide solutions on how these prose works can be handled. Lastly, it would go along way in assisting the Kaduna State Ministry of Education and other related institutions in prose learning and teaching.

This study is based on the assumptions that:

This study is limited to Senior Secondary School II students of seven public schools in Kaduna North Local Government of Area of Kaduna State. There are a total of eleven state own public schools in Kaduna North Local Government Area of Kaduna State. The first three for male and the first three for female in terms of population used and one co-educational school which is the only public SS II co-educational school in the area.

The scope of the research is limited due to the following reasons:
(a) Seven schools are used in order to have a fair representation and a fair assessment.
(b) The scope is limited to these seven schools so that the data can be properly handled by the researcher.
(c) since the Senior Secondary School reading syllabuses is the same as regards to African and non-African prose in the State, it is hoped that the findings of this study would open new avenues of improvement in the performance of students in prose across the Local Government Area.

EFFECTS OF COLLATERAL LEARNING ON ATTITUDE AND PERFORMANCE IN GENETICS AMONG CONVERGENT AND DIVERGENT SECONDARY SCHOOL STUDENTS OF SULEJA EDUCATIONAL ZONE, NIGERIA