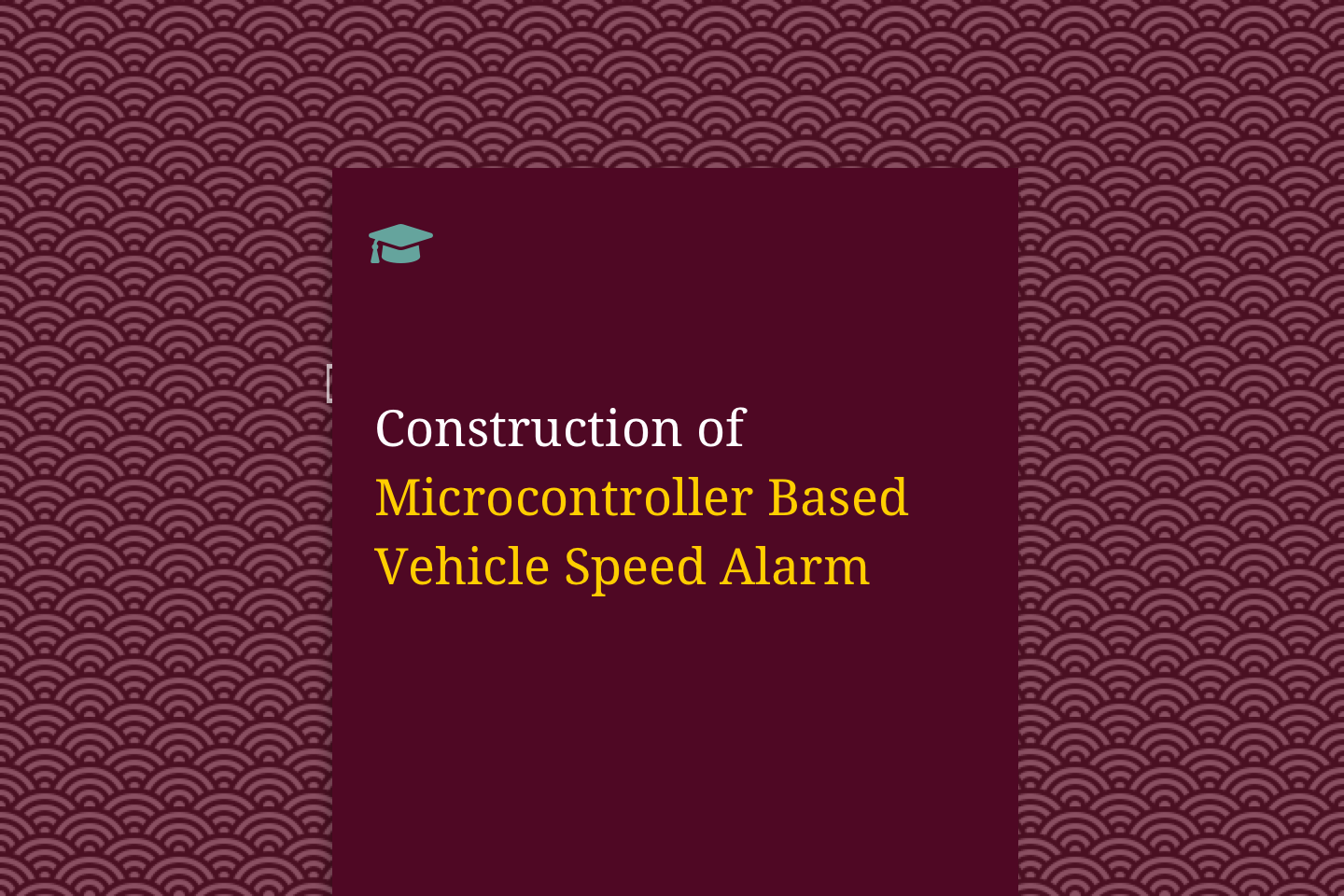 The project topic is based on Construction of microcontroller vehicle speed alarm system which automatically warns the driver by activating a panic alarm which is triggered on when the driver exceeds the speed limit set in the system which also stops the alarm when the speed is reduced below the set speed limit. A speedometer system is used to monitor the speed of the car. The voltage output of the speedometer system is used to set the time the alarm comes on. The other component parts of the system are power unit which comprises of 5volts regulator and diode for reverse voltage prevention, micro controller, analog to digital converter (ADC), LED, resistors, transistors, wires and potentiometer. By proper steps, time and knowledge, one was able to couple the components together to achieve the desired functions which are stated in the various chapters of this report. This system can be used for road safety and measures taken to prevent accident caused by over speeding.

The dashboard instrument cluster in a car organizes a variety of sensors and gauges, including the oil pressure gauge, coolant temperature gauge, fuel level gauge, tachometer and more. But the most prominent gauge and perhaps the most important, at least in terms of how many times you look at it while driving is the speedometer. The job of the speedometer is to indicate the speed of a car in miles per hour, kilometers per hour or both. Even in late-model cars, it’s an analog device that uses a needle to point to a specific speed, which the driver reads as a number printed on a dial.
As with any emerging technology, the first speedometers were expensive and available only as options. It wasn’t until 1910 that automobile manufacturers began to include the speedometer as standard equipment. One of the first speedometer suppliers was Otto Schulze Auto meter (OSA), a legacy company of Siemens VDO Automotive AG, one of the leading developers of modern instrument clusters. The first OSA speedometer was built in 1923 and its basic design didn’t change significantly for 60 years. In this project report, high lights will be on the history of speedometers, how they work and digitalization of speedometer, add-on speed checker, and what the future may hold for speedometer design, below is a pictorial overview of a speedometer.

1.2 THE AIM AND OBJECTIVE OF THE PROJECT

1.3 SCOPE OF THE PROJECT

Construction of a Microcontroller Based Security Door Using Smart Card

Construction of a Microcontroller Based Gate