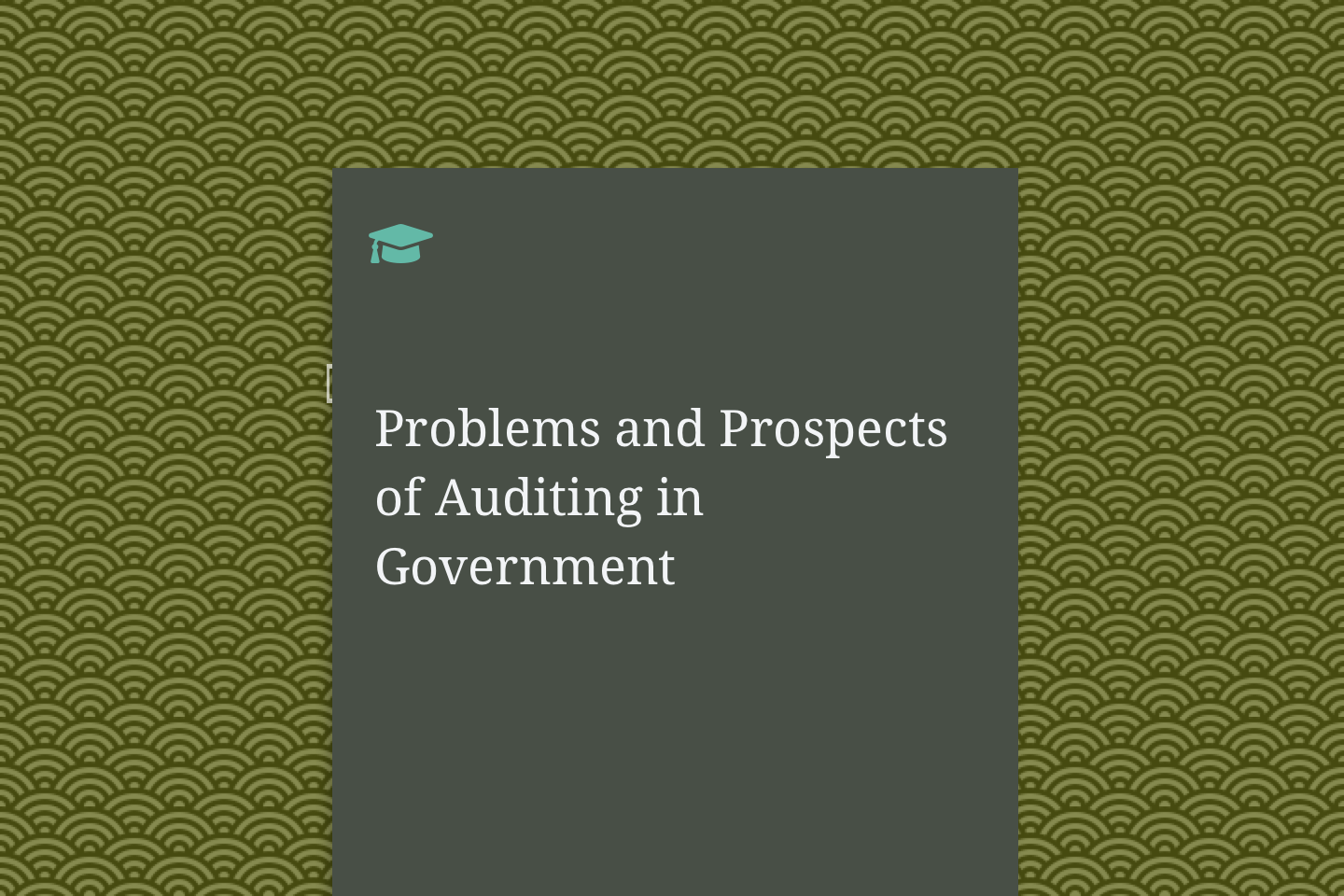 The topic of this research is problems and prospects of auditing in government organization, the population of the study was 82 while the research used Yaro Yamani formula in the determination of the sample size which was 68.The researcher used both the primary and the secondary sources in obtaining the relevant data used in the course of the study. The primary data was collected using the questionnaire while that of the secondary data was obtained using written textbooks, journals, magazines, newspapers, and the use of library. The researcher used chi-square in the testing of the hypothesis formulated while simple percentages were used in analyzing the research questions. Some of the problems bound to be encountered when auditing government establishments are embezzlement of funds by some government officials, deficiency in confirming accounts receivable and failure to exercise due professional care. Some findings were made of which one out of them is that financial reports submitted are not in consonance with the transactions carried out by the government establishment. Recommendations were also made of which one out of them is that the auditor should maintain his position of independence as much as possible.

Government organization have played a greater part in the economic growth of any economy, especially in the Nigerian economy. The contributions they have made so far cannot be overemphasized because their utmost aims of establishment is to provide some vital or essential services to improve the social and economic well being of the people.
These government organizations are mainly being funded either by the federal or state government through their budgetary allocations made to them yearly and they can also obtain loans or overdraft from commercial bank as well as subvention from government. These funds are expected to be utilized effectively and efficiently. But in most practices they are being misappropriated or embezzled by some government officials.
As a result of this mis-appropriation which has characterized most of the government organizations. Honestly and prudently managed. The audit is expect to show whether proper principles of accounts and audit ethics have been adhered to and that financial statements prepared give a true and fair view.

In any business Organization in which allocation and application of funds serves as a backbone for financial activities to be carried out the following are problems in which are bund to be encountered.

1.3 Purpose of the Study

The purpose of studying this topic is to examine the importance, problems and prospects of auditing in government institution.

This research work seeks to ask the following questions among others, deduced from the purpose of the study.

Where audit principles and procedures are carried out in government organizations the following benefits are derived of which these work will be beneficial to the following people and establishments:

1.7 Scope and limitation of the study

This project would cover arrears such as audit principle(s) and procedures giving as in depth analysis on how audit work is carried out in government organizations.
Attempts have been made by the researcher to discuss in depth the various short comings behind this operational framework of auditing in government organization and also self investigation carried out.
Part of the constraint encountered by the researcher and limitations are as follows.

The Effect Of Exchange Rate Fluctuation On The Nigeria Manufacturing Sector