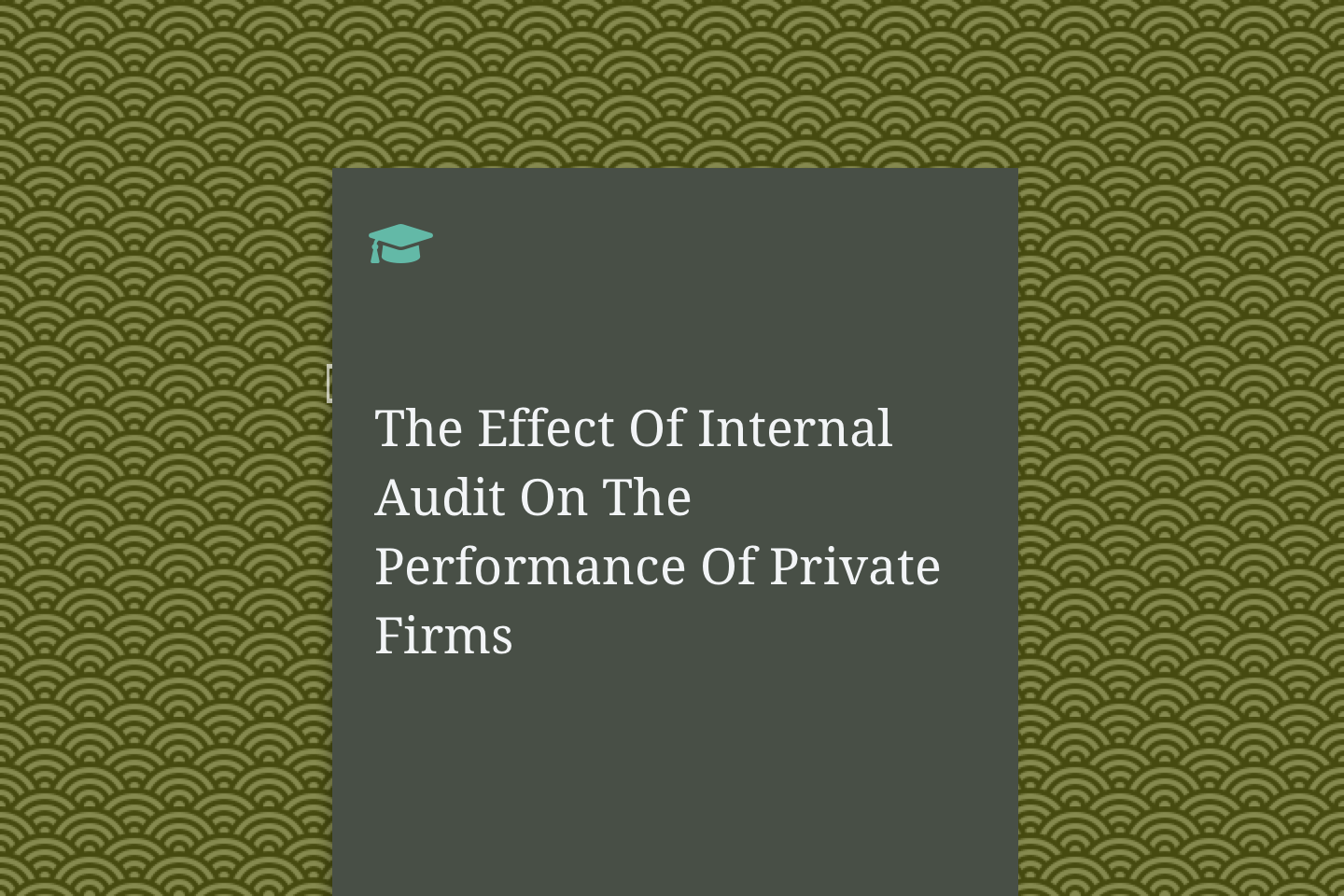 The Effect Of Internal Audit On The Performance Of Private Firms

Internal audit is a management tool used in ensuring transparency in conduct of business. Auditing took the entire stage after the industrial revolution since before this period, transactions increased, precipitated by the development of large corporations, limited liability companies, there became the need for divorce of ownership from control. Hence mangers and shareholders became two different partners. Then it became apparent for mangers to render accounts of their stewardship to those who has pooled their resources together for the business .it is noteworthy that an independent person be appointed to represent the interest of the shareholders in reviewing the report of mangers to ensure accuracy and transparency. This is how auditing started.

We have two types of sectors. Public and Private sectors. Public sector is the governments initiate and control in economic activities with the aim of rendering services at a breakeven point.

The private sector according to Anyanwu (1993; 25) is that part of the economy not under direct government control. It entails production and distribution that is in private hands. It serves as a complement to the public sector since increased public sector efficiency results from improvements and places government in a better position to focus on the objectives, conduct and performance of those enterprises that remain in the public sector (Hamming and Mansoor 1987).

Despite this enormous role, the sector has been beclouded with problems such as:

The broad objective of the study is:

To address the above mentioned problems the following hypothesis are formulated.

As the study is centered on the effect of the internal audit in M.B ANAMCO LTD, Emene Enugu State, the research covers all department under the firm in other to ascertain whether auditing has an effect in the private firm and if not what is the cause.

The researcher in the course of carrying out the research was faced with the following problems and constraints.

Auditor: Auditor is a qualified accountant who also passed a professional examination. Such a person must be of good conduct and have a vast knowledge and able to understand a practical business, endeavor always to grasp the technicalities and business, methods of any concern whose account he undertakes to audit.

Private sector: Private sector includes the part of the economy that is fully controlled and managed and financed by private individuals.

Effectiveness of Inventory Management in a Manufacturing Company